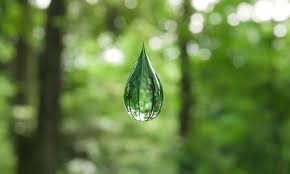 What does a spiritual view on climate challenges look like? Can spirituality prove to be a source of resilience to climate change effects? How do we build upon our water-related cultural heritage to forge strategies for climate change adaptation?

On Tuesday, October 19, join Senior Fellow Mona Polacca, CEE Advisory Board member Marvie Misolas, and other representatives of Indigenous groups and faith-based communities for a dialogue that will address these and other questions about water-related spirituality.

People have always understood the dependence on water to sustain life, health, economies and ecosystems. All societies and religions have developed visions, rituals and practices related to water. Despite this water-related cultural heritage, its significance for present and future climate challenges is not widely recognized, because of the complexity of our relations with water and disciplinary and institutional divides between water managers and heritage experts.

The dialogue aims to initiate a converation among spiritual leaders in advance of the UN Water Decade Midterm Review in New York in 2023.

The program (subject to change) includes the following:

The dialogue aims to initiate a conversation among spiritual leaders to inspire the UN Water Decade Midterm Review to be held in New York in 2023. It is organized by the ICOMOS International Scientific Committee on Water and Heritage, or ISC Water, which bridges these divides through dialogues among political, professional and spiritual leaders, interdisciplinary research, collecting and disseminating best practices, and developing guidance.