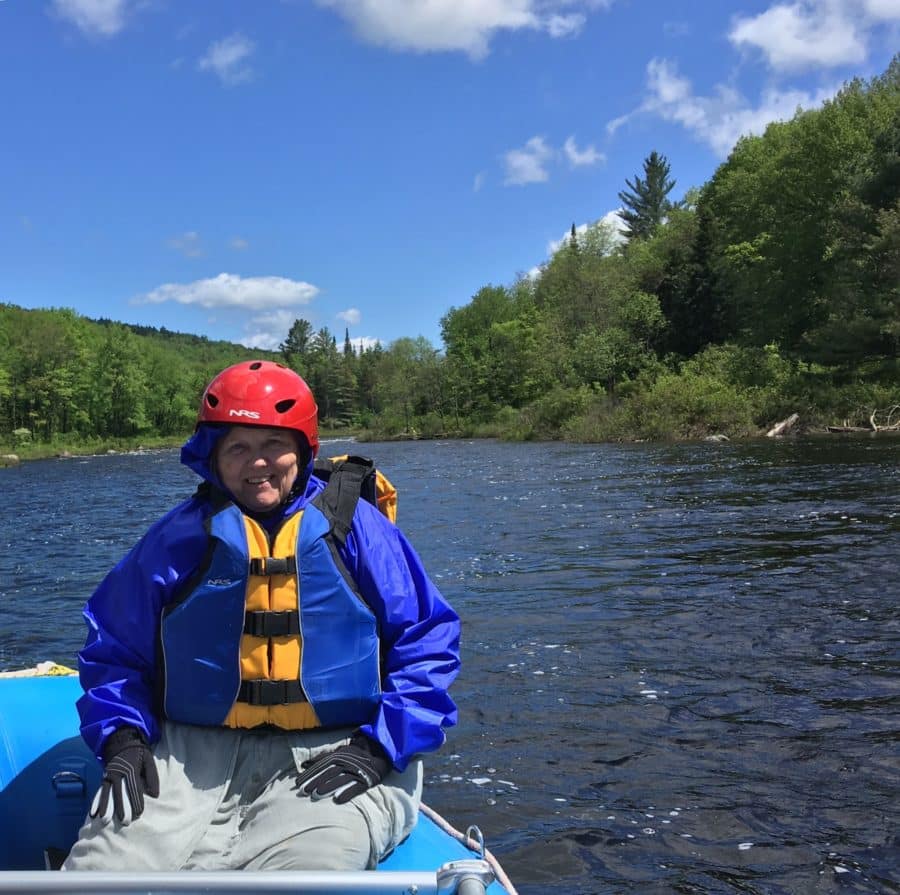 The event is co-sponsored by Water Is Life Walks, Schaghticoke First Nations, Beyond the 7th Fire, Learning Lab for Resiliency, Tribal Harmony, Center for Earth Ethics and the Hudson River Maritime Museum.

Riverkeeper invites the public to a free event to welcome Grandmother Carole, who is walking from the source of Muhheakantuck (the Hudson River) in the Adirondack Mountains to its mouth at New York Harbor.

This is Grandmother Carole’s 9th Water is Life Walk, and the first for the Hudson. Her “healing walk for the Sacred Water” began June 3 and is to conclude July 2, when she delivers water gathered from the headwaters to New York Harbor as part of her mission to rebuild the human-to-water connection.

The event will provide people the opportunity to hear Grandmother Carole’s stories, ask questions, and participate in a blending of the waters Unity Ceremony. Participants are requested to bring a small container of water from their home and/or a free-flowing source of water near their home for this ceremony.

“The water remembers everything from the beginning of time,” Grandmother Carole has said. “The total amount of water that exists on the planet – in the oceans, lakes, rivers, ice caps, groundwater, and atmosphere – is a fixed quantity. The water that existed then exists now.”

“Each step is a prayer,” she says of her walks. “Praying for the SacredWater is praying for everything and everyone, for nothing lives without Water. The theme for the Water is Life Water Walk has been the same since 2003: Ni guh Izhi chigay Nibi onji. I will do it for the water. All people, all faiths, one prayer, for the SacredWater is the connecting source of life, the great unifier.”

About Grandmother Carole:
Carole has Penobscot lineage through her mom’s mother but was not raised in the tribe. Her grandmother did teach her at least one prayer and possibly other cultural rituals but never explained them as cultural heritage. In her 30s, Carole found an old family Bible that told the truth. She learned more of her Grandmother’s story and began a path of reclamation. At the age of 35, she began to decolonize her ways of thinking and being. “As a mother of two and grandmother of four, I came to honor the Elders in my life who have chosen to see my heart and share knowledge and lifeways with me along this journey we call life. When Sacred Pipes were passed to me, I learned that their teachings are in fact responsibilities to the People: to the Seven Generations coming up behind me. Bundles are not things, they are responsibilities. “I have been honored to have many teachers along the ?ha?kú Lúta (Red Road) and began walking the Wiwá?ya?g Wa?hípi (Sundance) way of life in 1999.” Carole is a Pipe Carrier and Bundle Keeper. Carole was taken to the Water while on her Hanblecheya (vision quest). In 2011, she danced her last Sundance and began her journey for the SacredWater. Inspired by the Water Walks of Grandmother Josephine Mandamin and the words and work of Grandmothers Mona Polacca and Agnus Pilgrim, Carol took up the call of Grandmother Mona Polacca for all women to come back to the Water. Carole walks to help heal the SacredWater and rebuild the human-to-water connection.

About Jon Bowermaster/ Oceans 8 Films:
Writer, filmmaker and adventurer, Jon is the executive producer of Oceans 8 Films. A six-time grantee of the National Geographic Expeditions Council and one of the Society’s ‘Ocean Heroes,’ his first assignment for National Geographic Magazine was documenting a 3,741 mile crossing of Antarctica by dogsled. Jon has written a dozen books and produced/directed more than fifteen documentary films.