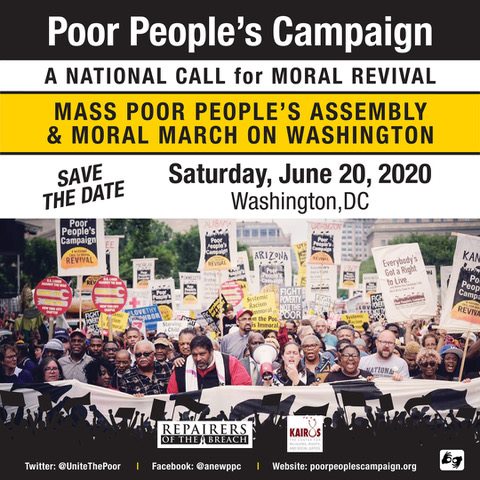 SIGN UP To Join the Poor People’s Campaign MASS ASSEMBLY in Washington D.C.!

On June 20, 2020 we will rise together as a powerful moral fusion movement to demand the implementation of our Moral Agenda!

The fact that there are 140 million poor and low-wealth people in a country this rich is morally indefensible, constitutionally inconsistent and economically insane. We are building power for an agenda that lifts all people by challenging the interlocking injustices of systemic racism, poverty, ecological devastation, the war economy and the distorted moral narrative of religious nationalism! #PoorPeoplesCampaign