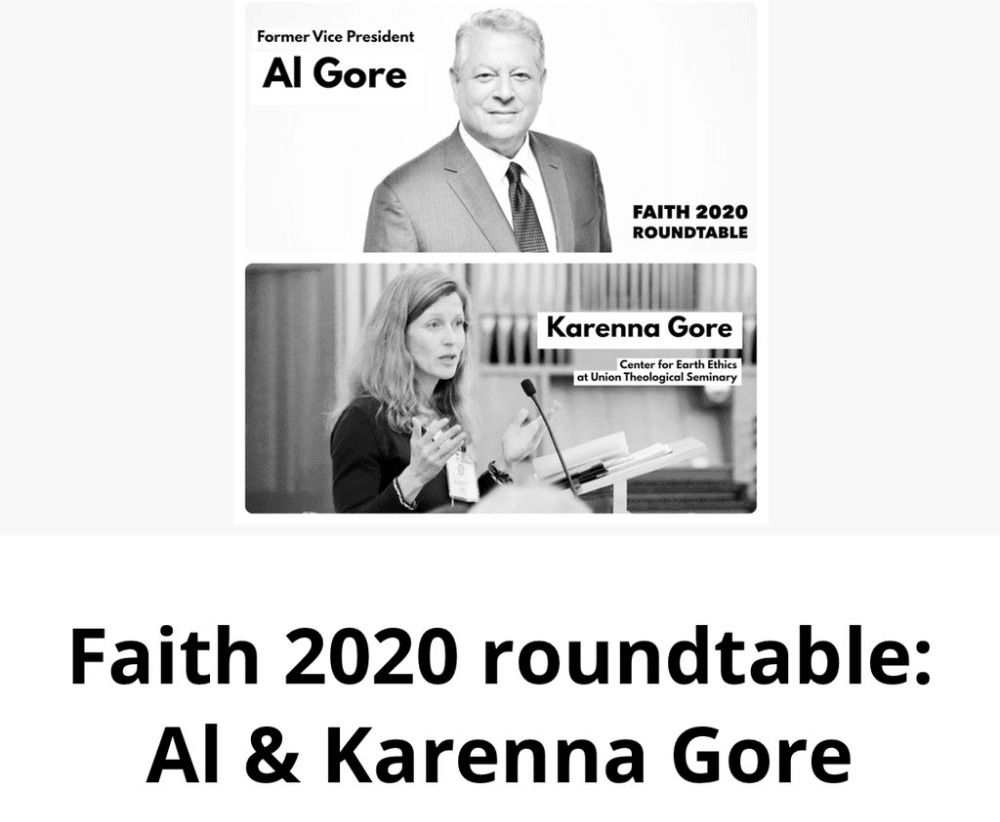 Inspired conversation with former Vice President Al Gore and daughter Karenna Gore of the Center for Earth Ethics at Union Theological Seminary. We talked about The Climate Reality Project, ways to think faithfully about our work amidst the Coronavirus pandemic, and the importance of our vote this election year to impact change for the greater good. We were also joined by Fred Davie, Senior Vice President at Union, and Rabbi Rachel Kobrin of Congregation Rodef Shalom in Denver, ColoradoFaith 2020 is excited to be joined by former Vice President Al Gore and CEE Director, Karenna Gore.

Former Vice President Al Gore is the co-founder and chairman of Generation Investment Management, and the founder and chairman of The Climate Reality Project, a nonprofit devoted to solving the climate crisis. He is also a senior partner at Kleiner Perkins Caufield & Byers and a member of Apple Inc.’s board of directors.

Karenna Gore is the founder and director of the Center for Earth Ethics (CEE) at Union Theological Seminary. The Center for Earth Ethics bridges the worlds of religion, academia, policy and culture to discern and pursue the changes that are necessary to stop ecological destruction and create a society that values the long-term health of the whole. She is also an ex officio member of the faculty of the Earth Institute at Columbia University. Ms. Gore’s previous experience includes serving as director of Union Forum at Union Theological Seminary, legal work at Simpson Thacher & Bartlett and in the legal center of Sanctuary for Families, and serving as director of Community