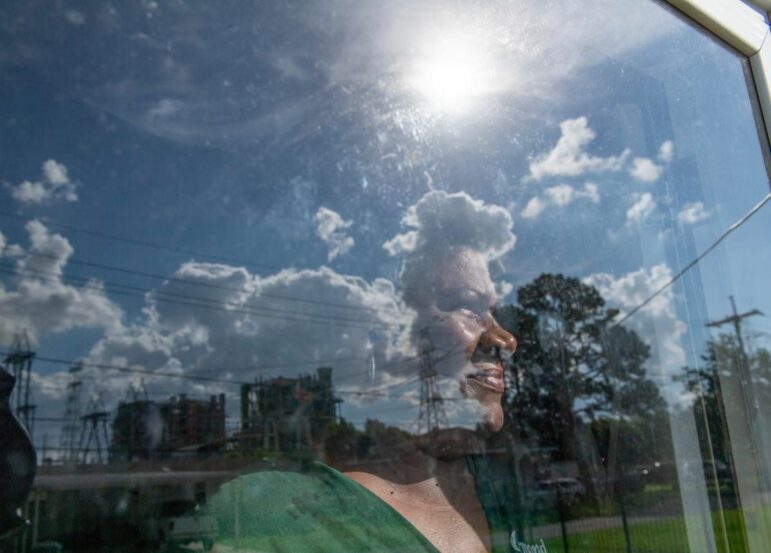 Today is World Environment Day. Our nation is going through a painful reckoning with systemic racism and worsening economic inequity, so the “environment” can seem to be a lesser concern. But as many Native American and Black voices have pointed out, ecological, racial and economic issues have always been intertwined.

Consider Donald Trump’s current favorite word: domination. The presence of “white” people in this land began with a theological claim, based on an interpretation of the concept of “dominion” in the book of Genesis. In the mid 15th century, the Vatican issued papal bulls (declarations) that stated that European explorers were on a mission for Christianity to “conquer,” “vanquish” and “subdue” the regions we now know as the Americas and Africa. These bulls explicitly stated that the people in those lands were part of the flora and fauna. This dehumanizing thought system later became enshrined in law as the “Doctrine of Discovery” which was used to justify the taking of land from Native American peoples. You can learn more about this in the book Pagans in the Promised Land: Decoding the Doctrine of Christian Discovery by Steven Newcomb and through the Indigenous Values Initiative.

Donald Trump’s call for domination was paired with a photo op visit to a church to hold up a Bible. This is not just a superficial dog whistle to a racist white evangelical base. It is a desperate grasp at an entrenched and deranged theological tradition that was foundational to our nation.

The marriage of Christianity and empire began with the conversion of the Roman Emperor Constantine in the early 4th century. This was the driving force in stamping out indigenous Earth-based spirituality (“paganism”) in Europe. The famous essay by Lynn White, Jr.—The Historic Roots of our Ecologic Crisis, argued that this was the defining moment for the trajectory of ecological devastation that he identified as perilous even back in 1967. One thing White does not mention, but many other scholars have (particular in the fields of eco-feminism and eco-womanism), is that this also involved the persecution of the the women who kept the Earth-based spiritual traditions of Europe, and the characterization of the female body as profane and the female mind as inferior. Needless to say, there is plenty of that spirit in Trumpism too.

Our American civil religion, including the notion of “manifest destiny” and the concept of “American exceptionalism” is so secularized and commonplace that many do not see how deeply theological it is. As the Rev. Dr. Kelly Brown Douglas has brilliantly documented, whiteness is a theo-political construct that was honed over centuries to be an inherently oppositional force against black and brown bodies. You can learn more about this in her book Stand Your Ground: Black Bodies and the Justice of God.

In this moment, we must make the connections to theology to understand the deep historic and psycho-social forces that Donald Trump is drawing on. As he blatantly invokes Christianity to dominate people he deems dangerous and unworthy, his administration has also ordered a suspension of enforcement of environmental regulations. What is the number one indicator of the placement of a toxic facility in this country? The race of the people who live nearby. Black children are ten times more likely to die of asthma in this country than white children. There are many current struggles around racial discrimination in the sitings of petrochemical factories, fracking wells, compressor stations, pipelines, incinerators and so on. The toxins from these sites cause respiratory, cardiac and other underlying health problems that also make people more vulnerable to coronavirus. You can learn more about the role of structural racism in health disparities on this Earth Institute blog and also from the work of the NAACP environmental and climate justice program.

The United Nations established World Environment Day in 1972, part of the same wave of consciousness that led to the first Earth Day in 1970, the establishment of the EPA, and the passing of the Clean Air Act, the Clean Water Act, the National Environmental Policy Act and the Endangered Species Act, all of which are under assault by the Trump administration today.

That consciousness was quickly stymied by the Reagan Revolution. The Reagan Administration’s statement on World Environment Day in 1986* claimed that “Americans turned a nearly unpopulated continent into a prosperous, peaceful, and protective home for 240 million persons” and dismisses the concept of sustainability, not to mention the intrinsic value of nature. It is actually worth reading in its entirety, as a record of the deeply mistaken thinking that got us into the mess we are in. Here is one of many places you can learn more about the diverse and vibrant Native American cultures that were here before Europeans arrived: Nation Museum of the American Indian.

Now is the time to change on the level of cause rather than react on the level of effect. As we mark this World Environment Day, let us examine the thought systems that have been so prevalent they have become invisible. Let us honor those Black and Indigenous voices that have led the way in the environmental movement. And let us continue to sit with the profound meaning and implications of the words spoken by both Eric Garner and George Floyd: “I can’t breathe.” That is the charge of World Environment Day 2020.