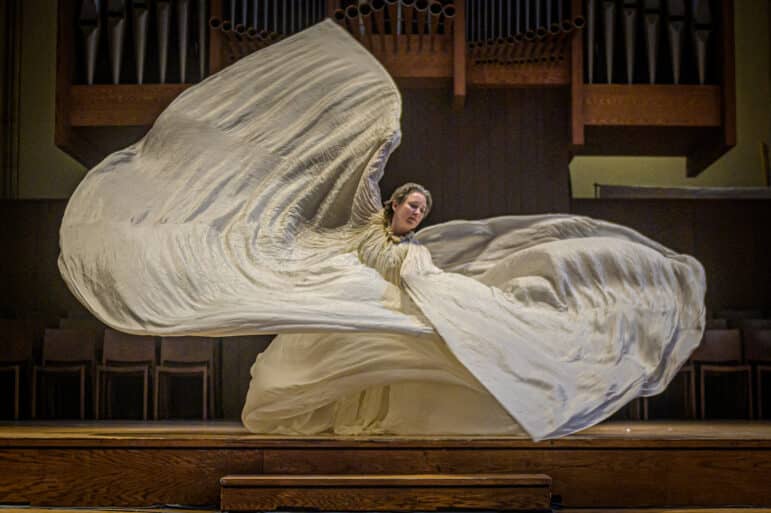 The climate crisis is a present, existential threat, yet there is still time to change course and genuine reasons to be hopeful. That was a central message at the “Earth Day 2022: Life Force” celebration on April 22. This unique gathering, organized by the Center for Earth Ethics in collaboration with the Climate Museum and Paul Miller (aka DJ Spooky), brought together a panoply of artists, poets, climate activists and advocates, Indigenous peoples and thought leaders for an afternoon of discernment, reflection and advocacy.

More than 2,000 guests watched the livestream from James Chapel at Union Theological Seminary, and another 120 gathered in person, despite Covid restrictions. The celebration marked the fifty-second anniversary of the first Earth Day.

“That day in 1970 led to a shift in consciousness, in perception, that led to action,” said CEE Executive Director Karenna Gore in her welcome. “It led to new laws and policies…. They met that moment with real change.”

“We’re here to think about how we relate to each other, and how do we all relate to our living planet,” said the Rev. Dr. Serene Jones, Union’s president. Union is “housed on the Lenapehoking, the homeland of the Lenape people,” and Jones announced that the seminary will erect a plaque acknowledging the Lenape homeland. Union also will provide scholarships for Lenape students in its master’s in social justice program and has donated to the Sweetwater Cultural Center in New Jersey.

Chief Dwaine Perry, elected chief of the Ramapough Lunaape Nation, reminded guests of the true history behind this acknowledgement. The Colonial Army could not have won without support from the Lenape. From that day to this day, it has been a matter of degradation, insult, cultural misappropriation,” Perry said. “We’re not looking for some kind of special history, we’re looking for real history.”

In a conversation with two former Climate Museum interns, Ellery Spikes and J.K. Goongoon, Gavin Schmidt, the director of NASA’s Goddard Institute for Space Studies, explained climate models. “They provide us with tools for answering why things are changing now—and the answer is … us—but they also tell us what our choices are in the future and what impact they will have,” he said.

But the news isn’t all bad. “We still have control over what is happening should we decide to heed that warning. Enormous amount of work is being done on solutions,” Schmidt said. “There are enormous [numbers of] best practices now … that can be brought to bear.”

McKibben regretted that he had to participate remotely because the Upper West Side is “one of the most important places in the whole world” for climate activism. “We have never understood more how crucial it is to get off fossil fuel,” he said. “The good news is that there is no doubt about our ability to get off it,” noting that renewables are now “the cheapest way to generate power all over the world.”

Yearwood told the audience that movements build power not only through organizing and activism but also through “narrative storytelling and narrative organizing.” “We have to have an intersectional environmental movement” that recognizes that “climate justice is racial justice,” he said. “This is the lunch counter moment of the twenty-first century.”

“Please keep your spirits strong,” Yearwood urged. “You can’t do this work if you’re cynical, bitter or jaded.”

Before reciting her poem, “Hozhó,” Lyla June, an Indigenous musician, scholar and community organizer, suggested that even the climate crisis could be a gift. “Sometimes these catastrophes are Creator’s gift—they are Creator’s gift to us to wake us up when nothing else will,” she said. “We, as a species … will be honed, refined and tempered by these catastrophes into something better, more beautiful and, most importantly, something more loving to life and to each other.”

Dr. Mitchell Joachim, co-founder of Brooklyn-based Terreform ONE, presented on his nonprofit think tank’s pioneering work “to design against extinction.” We “have to increase biodiversity in everything we do,” he said, presenting slides about the firm’s “socio-ecological design” work to create innovative, sustainable cities and landscapes.

Choreographer and artist Jody Sperling mesmerized the crowd with two dances. “Dance is a celebration of humans’ movement in space,” said Miller in introducing her. Miller described the music that Sperling danced to, which he wrote in consultation with data scientists, as “the sound of math.” Sperling, the founder and artistic director of Time Lapse Dance, envisions her art “as a powerful force that can help move us toward a more embodied, sustainable and equitable future.”

Miranda Massie, founder and director of the Climate Museum, discussed climate justice with Jacqueline Patterson, the founder and executive director of the Chisholm Legacy Project (and a CEE Advisory Board member). Climate justice is “a vision and a state of being,” said Patterson. It envisions not only addressing climate injustices, which disproportionately impact poor communities and communities of color, but also “a change in our society and our systems that takes us in a more regenerative way of being in relationship with the Earth.”

Poet and theologian Pádraig Ó Tuama, in residence at Columbia University, “joined in gratitude, in paying respects to ancestors and in paying respects to the Earth that sustains us.” He recited three poems “that explore different ways of knowing.” “We are Nature, and our language too is a response to Nature, and our way of knowing is a response to that,” he said.

“In closing, I want to invite us all to think and reflect and hear our own personal call,” said Gore. “Everything is incremental, yet everything is magnified by the stakes of this crisis.

But the last word can go to McKibben. “Happy Earth Day,” he told the crowd. “And let’s make the next Earth Day happier still by making change between now and then.” 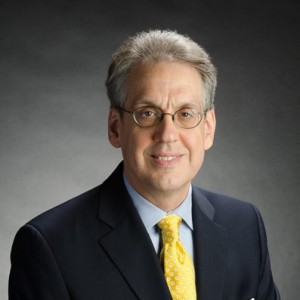 Timothy Cross is director of communications at the Center for Earth Ethics.