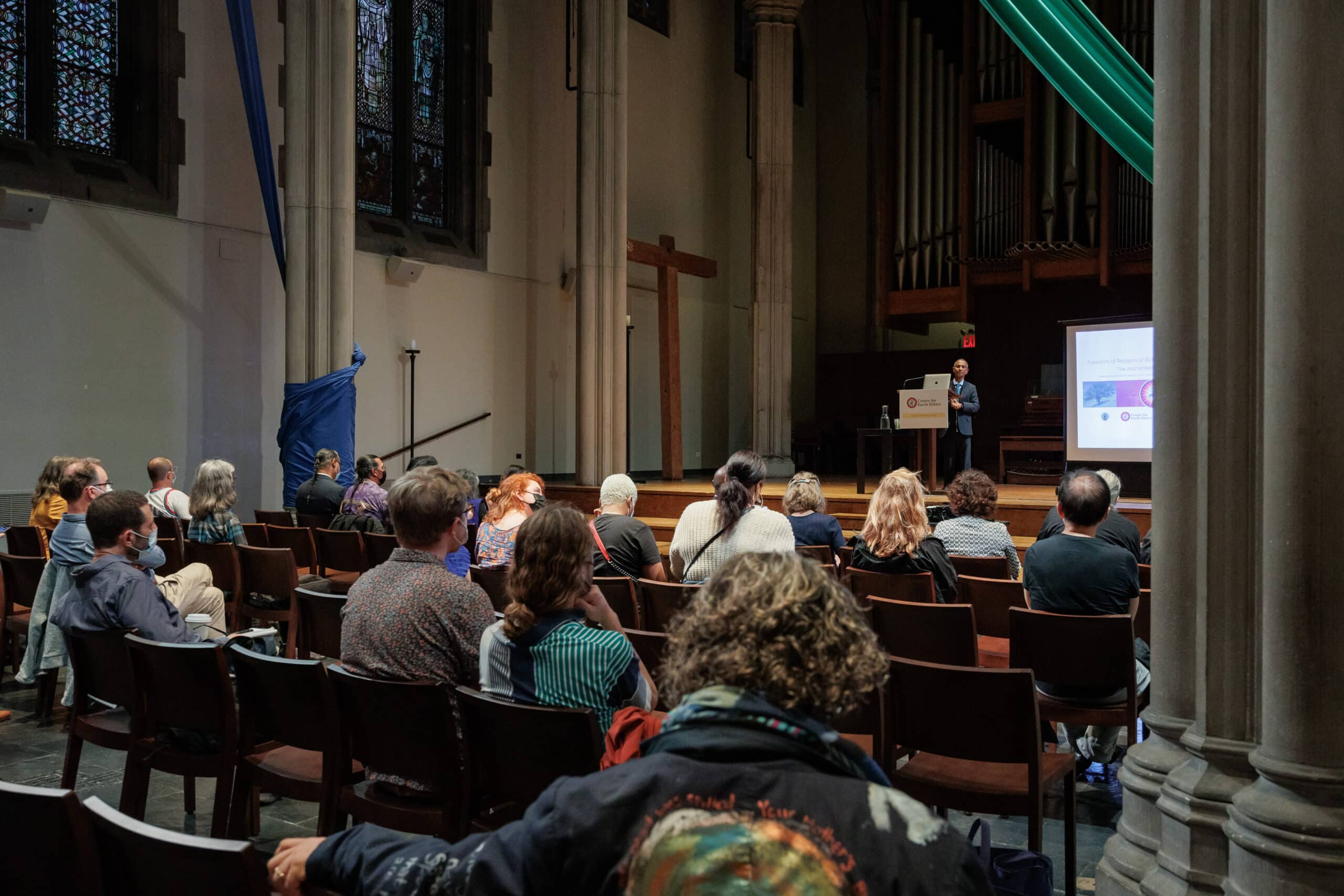 Our Sacred Relationships to the Natural World: Indigenous Leaders Discuss UN Report on Freedom of Religion or Belief

The world needs “a sustained conversation between advocates of freedom of religion or belief and advocates of the rights of Indigenous peoples.” That was a central message from Professor Ahmed Shaheed, the former United Nations Special Rapporteur on Freedom of Religion or Belief, at a forum organized by the Center for Earth Ethics on October 26. Speaking to members of Indigenous groups, faculty, students and guests gathered in James Chapel at Union Theological Seminary in New York, Shaheed, who teaches international law at the University of Essex Law School (U.K.), discussed key findings and recommendations from his report, “Indigenous Peoples