By now it’s well understood that climate change leads to rising seas and rising temperatures. It is also increasingly linked to rising conflicts.

In 2014, the Pentagon issued a major report that referred to climate change as both posing “immediate risks to U.S. national security” and being “a ‘threat multiplier’ because it has the potential to exacerbate many of the challenges we are dealing with today — from infectious disease to terrorism.”

Last year, Stanford University convened a group of top climate scientists, political scientists, economists and historians to examine the degree to which climate change has exacerbated conflicts in the past century. While it concluded that climate has had a limited effect on conflicts to date — less than factors like low socioeconomic development, weak governments and social inequalities — their study projected that warming of 2 degrees Celsius and beyond will substantially increase the risk of armed conflict.

“War is the negation of all rights and a dramatic assault on the environment,” Pope Francis tweeted on Nov. 6, the United Nations-designated International Day for Preventing the Exploitation of the Environment in War and Armed Conflict. He added that true integral human development must work to avoid all wars.

Religious communities have a critical role to play in mitigating and resolving violent conflict stemming from rising global temperatures, says Karenna Gore, founder and director of the Center for Earth Ethics at Union Theological Seminary, in New York City.

In October, Gore received the 2020 Faith-in-Action Award from the International Center for Religion & Diplomacy (ICRD) for her work on how faith communities can both promote stewardship and preempt violent outbreaks.

EarthBeat recently spoke with Gore and James Patton, ICRD president and CEO, about the role of religion in mitigating and resolving violent conflicts fueled by climate change.

This interview has been edited for length and clarity. (The full interview is available in the video at the top of the page or by clicking here.)

EarthBeat: The U.S. Pentagon calls climate change a “threat multiplier.” What does that mean with regard to violent conflicts?

Patton: It’s not really just about sea level rise and different temperatures in different places in the world. If the sea does rise a meter, it will put a billion people on the move, and those people go to places that are already economically stressed. And oftentimes, that causes clashes [over resources] between groups of migrants and the host communities that they land in.

Then you add to that changes in rainfall patterns, seasonal glacial melt and how that affects fresh water availability, crop viability, high heat, increased winds, drier conditions contributing to wildfires. All of these things have an incredible impact on water and food availability, on livelihoods, on infrastructure. And that pushes people — usually people who are already economically disadvantaged — to struggle with one another over scarce resources.

When they do that, it very easily manifests in the kind of identity conflict that ICRD works on. People start to scapegoat one another around things like their tribes, their ethnicity, their faith. You see this oftentimes with migrant groups, particularly if they’re moving across borders from the global south to the north, or underdeveloped to more developed countries that have better resources. … The host communities then react to these immigrant groups negatively. And we’ve seen spikes in xenophobia across the world, particularly in the west and in Europe, that are all connected to some of these issues.

The fighting in Syria is a great example of the impact of drought. Rainfall patterns changed, food availability was impacted, and then people started to contest the leadership, and that was not accepted of course by [Syrian President] Bashar Al Assad. And it led to rebellion that led to incredible violence that has led to death and displacement throughout the region that has had significant ancillary effects and impacts, all grounded in what might be one of the most important climate-driven conflicts of recent times.

Dear Friends of the Center for Earth Ethics,

Please join us along with Union Theological Seminary today, Tuesday, December 8, 12:30-2 pm Eastern time for the first of a series of important conversations with faith communities and the Biden-Harris Transition team. 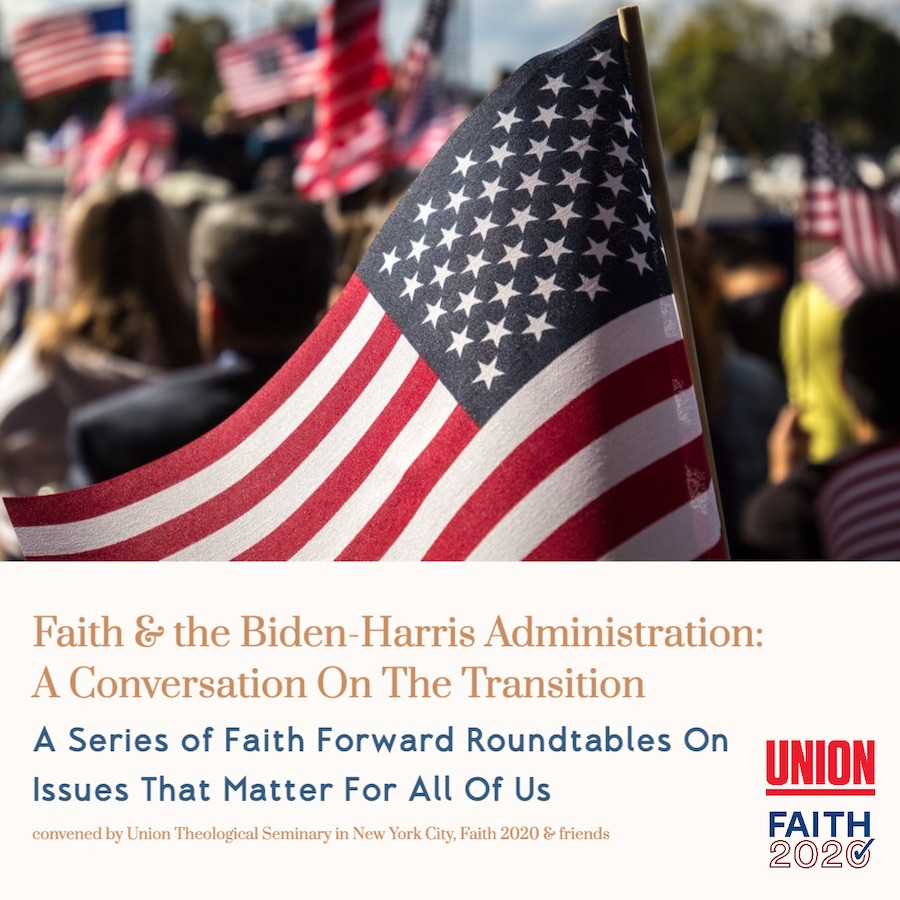 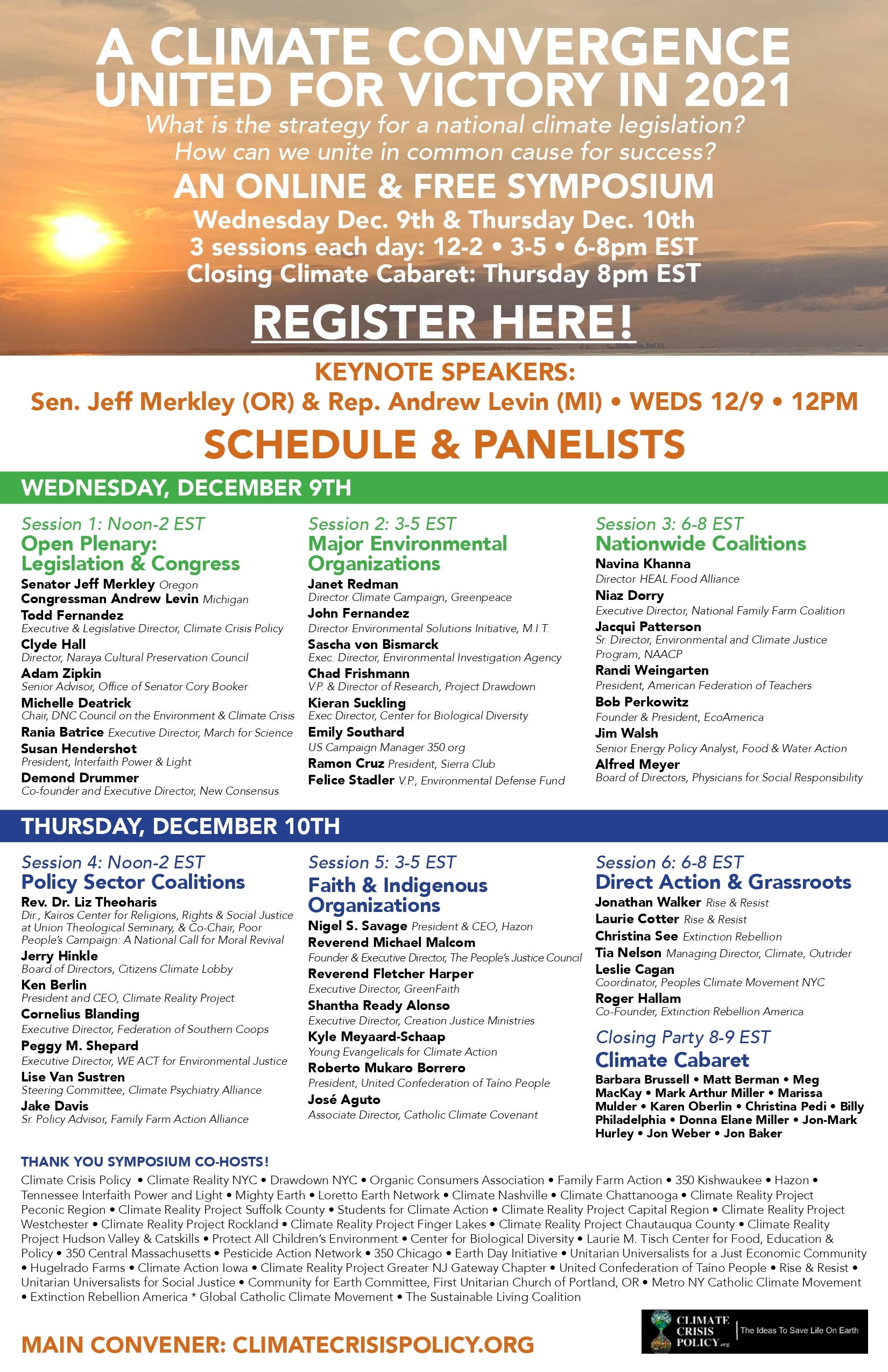 Waste: One Woman’s Fight Against America’s Dirty Secret
named one of ‘The Ten Best Science Books of 2020’
by Smithsonian Magazine 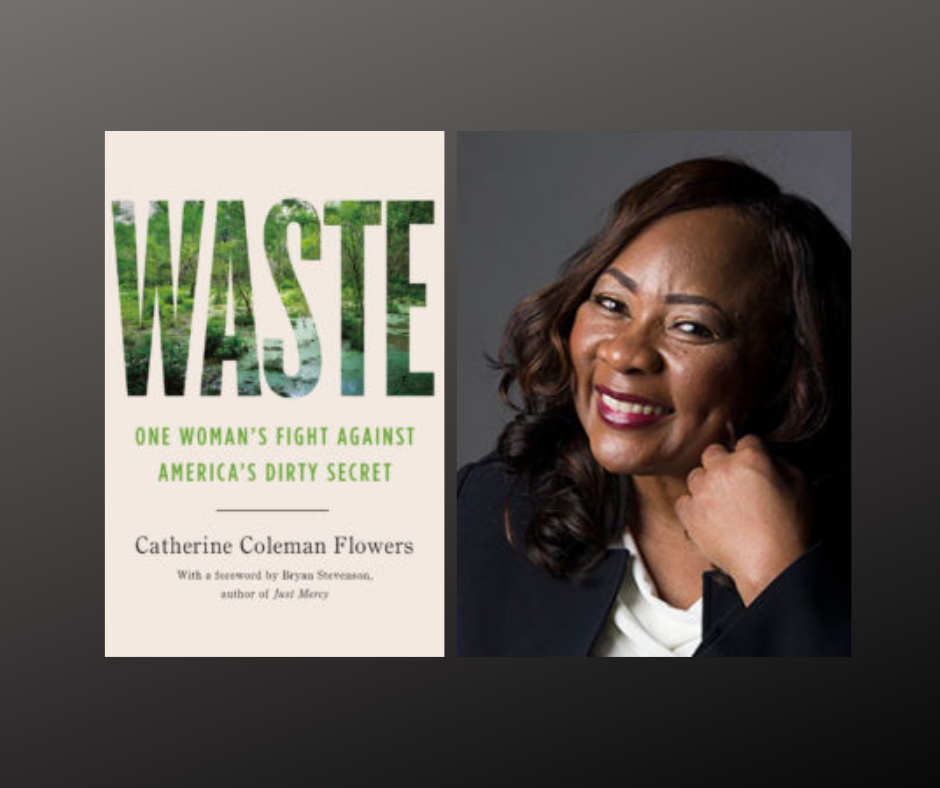 “Flowers, who has been called the “Erin Brockovich of Sewage,” puts a spotlight on long-standing issues in Appalachia, Central California, coastal Florida, Alaska, the urban Midwest and on Native American reservations in the West. She thoughtfully weaves systemic issues of class, race and geographic prejudice into a compelling, and at times arresting, narrative. Like the issues Waste puts in focus, this book can’t be overlooked.”
Available now from The New Press