As Autumnal Equinox has occurred, as it does around Sept. 21st, we are now in the Western gate. This is the portal to the realm of the ancestors, of the dead, where the Sun goes to die before being reborn every morning. In September, October, and November, there is not only Dios de Los Muertos, All Souls Day, and Allhallowtide (an English tradition that came from the Celtic Samhain and became Halloween), but also fifteen days of ancestors’ visiting in Cambodia’s Pchum Ben and Thailand’s Sat Thai’s festivals. These rituals involve ancestor veneration and an opening to the underworld so that spirits can pass back and forth. In ancient Rome, a stone entrance to the underworld was ceremonially opened for the blessed dead. (Other indigenous peoples have summer as the mark of their festivals for the ancestors and cross-overs between the underworld and our world, appropriate as this season corresponds with the direction Cardinal South, pointing down to the underworld).

Our European ancestors saw the effects of the opening of the Western gate in the death all around them. And this was not just in nature’s dying season, but in the return of the dead. Celtic rituals honor ancestors who revisit their homes seeking hospitality, rituals which eventually became Halloween (before Halloween was made more generic due to Christian and corporate co-opting). Norse rituals proclaim the beginning of winter with the Wild Hunt of ghosts or underworld beings across the sky led, some say, by Odin.

In other words, this is the season of the dead.

Rejoice, because this season is the gate of Communion. Sept 21st – Dec 21st is the time of rootedness, of context, of our ancestral bonds linking us all together to the Tree of Life. Its element is Water. Its tarot suit is Cups. Its human energies are Love/Compassion and Communion. Water, like empathy, binds all of life. I have learned to leave a cup of water out for ancestors. Wait– not tap water! I was taught to honor the dead as if they were living guests, with the choicest selections. So if we offer, we offer water which *we ourselves* would drink. We need to make it something they would be proud to partake in. What did our ancestors find beautiful and inviting? We can decorate with flowers, with harvest produce, with libations, turning our table into an altar. We can attract with fun. By the end of a week, the water will have noticeably evaporated, symbolizing our ancestor’s acceptance of and partaking in the offering. We can say our ancestor’s names for each of the seven days.

We burn a white candle for them.

This is our ancestors’ entertainment, this dance.

Stare at it and hum, and see vitality, passed on from the pregnant potential of the void to big bang to our ancestors the stars (humm),

who passed it on to our ancestors of planets of gas and rock, our ancestors the mountains and minerals (including craters, cliffs, canyons and other landforms) (humm),

and then to our human race ancestors (humm),

to our communities (humm), to you and me.

We are the keepers of the eternal flame, hoping to move in new possibilities. But as this relay shows, we always move in a context, in a web of relationality. Our ancestors used to extinguish their hearth fires before certain festivals. Then the fires of all the homes in the village would be re-lit from the bonfire of a major ceremony the whole town attended, linking each person to each other.

We cannot access the Spirit directly, cannot sit alone and meditate outside of the constructs and constraints of the physical, linguistic, and cultural symbolic representation, and into direct access to the Most High. There is an analogous narrative in the Abrahamic canons about not being able to look at G-d directly and live. While we are alive, we simply cannot escape from our contexts and into pure objectivity. During near-death experiences, those breaking through to the Other Side have similar experiences of a light they move towards, but they experience variations through different symbols that align with their unique religious-cultural traditions. We can only commune with the Creative Life Force through the bodies and language that our ancestors gave us. For better or for worse.

Through things such as gut bacteria, epigenetics and archetypes of the collective unconscious, we inherit the strengths, coping strategies, mental illnesses, traumas, fears, repressions, expressions, attitudes and behaviors of our ancestors, often not knowing their origin. Even if and when we take things to levels they could not imagine, we do so on their shoulders– there is nothing totally novel, everything is founded on trajectories that can be traced. We can trace these lineages, if not by our blood ancestors, by our spiritual ones, our elders, those like-minded culture-influencers and human-nature articulators whose examples made things fall into place for us, or gave us permission to explore ourselves. That’s a way our ancestors show up, too.

It is considered bad luck to mix in living ancestors with dead ones in the same list, according to one priest in my Afro-Cuban lineage of Santeria. So it may be wise to create a separate list, but honor our living spiritual ancestral elders who continue to be an example for us. To that end, I honor Tom Waits, Kathleen O’Connor, Shelly Rambo, Karla McLaren, Allie Brosh, Catherine Keller, Brené Brown, William Chittick, and Audre Lorde.

And to my deceased spiritual ancestors whose examples impact me to this day: James Baldwin, Ronald Takaki, Ibn Arabi, Prophet Muhammad, Jesus; I speak your names.

And there are those whom I reluctantly honor, like the framers of the Constitution, knowing that while they carry irredeemable problems, I have the ability to criticize them because of their help in making it so I can criticize the church and state without either crucifying me. And the Unitarians, Transcendentalists, Joseph Campbell, the hippies, and the New Age self-help pop psychology movement, and the Protestantism that set their groundwork, for despite their problematic pieces, they lay the foundation for me to give voice to trust my own intuition about God and universalism, to put my spirituality prior to organized religion, to not identify with my identity- a lesson that helped me have less of an ego and be more receptive to criticisms of when I am being racist, sexist, and otherwise problematic. Our ancestors are our ancestors, we have to acknowledge the good they gave us, and do daily work to heal from the bad.

Which of your ancestors are those whom you reluctantly honor, and why? Ask them to your candle to reckon with these family members and culture-influencers.

Who are your ancestors and elders you more deeply honor, ancestors both blood and spiritual? Invite them to your flame. Give them thanks. Ask them for guidance. They have much to offer you! Think about how if you died right now, you’d have so much more you wanted to share with the world about your insights. Our deceased ancestors, blood and spiritual, are hoping to enlighten us with their lessons and ureaka!-moments. Don’t be afraid to ask them for help for things you tried but couldn’t do on your own. 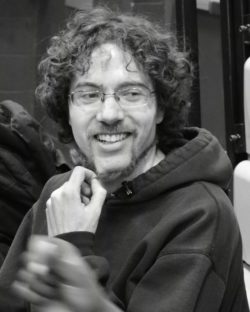 ***
Featured photo: Mundus Cereris was a gate to the underworld used in ancient Roman ceremonies uncovered three times a year in late August, October, and early November. The first-fruits of the harvest would be offered for the blessed dead, as this was a time when they were seen to commune with the living. Most cities would have their own microcosm of this, a pit or ditch where first-fruits would be buried.

My prayer is traditional

My spirit is mystical

My work is political

Let me paint you a visual

Because I am critical

Your violence is physical

Yet you call me a criminal.

God’s linked to our rituals,

Much more than just regrettable,

Your crimes are institutional.

You cover them up by using the confessional.

from pope to kings, ventures that were imperial,

caught in a killing frenzy that was hysterical.

Time the pendulum swings the other way- it’s just inevitable.

A thoughtful response to the state of our climate and ways to meaningfully respond. The Rev. Dr. Gerald L. Durley combines the disciplines of faith and science with the lessons learned as a civil/human rights advocate from the 1960s.
COMMENTARY by Gerald L. Durley
Originally published at Sojo.net,10-09-2018

America is at one of its most critical points in its illustrious history. Global warming and environmental injustice have evolved into a corrosive, divisive concern where lines of mistrust are deeply drawn in the minds of those who hold differing opinions. There appears to be entrenched emotional camps of dueling understanding as to whether climate change is a natural pattern of weather evolution or has been created by the human footprint.

As a civil rights activist from the civil rights movement of the ‘60s, I continue to believe that everyone has constitutional rights. Thousands of Americans are being denied their civil and human rights because insensitive or politically manipulated legislators are creating policies that are destroying the environment. When profit, rather than the well-being of human and environmental life, determine the survival of the planet, it is a civil rights issue.

Fifty-eight years later, it has become blatantly clear that we need to implement some of the organizational strategies of the civil rights movement to advance the climate change movement. It is my hope that this response will ensure that every person has access to toxin-free air and uncontaminated water.

Science confirms that humans are the primary perpetrators of climate change. Scientists from all over the world are now increasingly certain that the drastic weather changes, which we are currently experiencing, are the result of human involvement. It is now an accepted fact that the greenhouse effect is a result of excess carbon dioxide trapping solar radiation from the atmosphere, causing the earth’s temperature to rise and rapidly challenging the existence of all living things. Acidity in the oceans is increasing at an unprecedented rate and rising water temperatures are causing bleaching to once beautiful corals.

There are numerous reports, studies, and surveys that detail the negative impact global climate change poses, specifically to communities of color, low-income neighborhoods, and rural areas.

Fossil fuel, automobile emissions, and methane gas, which is the byproduct of fracking, have created a critical tipping point that will affect all life —human, animal, and plant.

I realize that businesses are structured in such a way that they must profit in order to remain viable. The moral questions that must be asked of them are: At whose expense? And at what cost to the sustainability of the planet and its inhabitants?

The earth is experiencing some of the hottest temperatures ever recorded. We are witnessing conflicts over water, not oil. The bee population is being decimated. Pollination of essential food crops has diminished, posing a threat to global food supply.

Dr. Martin Luther King, Jr. once said, “We must learn to live together as brothers and sisters or perish together as fools.” Climate change is a civil rights issue which business, political, educational, and faith leaders must join forces to stop.

I am more confident now than ever before that we must, can, and will be victorious in this moral civil rights struggle for the environment and for all life.

A few meaningful action steps and strategies that can reduce the impact of climate change: